Tonight, we said a heartfelt thank you to Judy Warner Sensei for over 3 decades of dedication to Kokikai and especially to the Rochester dojo.  Judy Sensei spends much of her time these days on the west coast but is still and important part of our history and future.  Though tonight was about formally thanking Judy Sensei and bestowing the title of Sensei Emeritus, it was also about officially recognizing Marcella Sensei's role as co-chief instructor of the Rochester Dojo.  She has been serving in that capacity for some time now but it was time to officially recognize it.  Judy Sensei had written a letter to that effect several months ago, a letter that is now posted in the dojo for all to read.  Marcella Sensei wanted to wait until Judy Sensei could be with us to mark the occasion.

It is a great pleasure and honor to serve the dojo with such fine martial artists.

I'd like to also take this opportunity to make note of the progress in the dojo.  We just wrapped up a whirlwind couple of weeks for our studies.  Starting with Sensei at the 40th Annual Summer Camp, where we were treated to see the progress of the dojo embodied in the performance of our test cohort.  It continued with Sensei's annual visit to Rochester, a privilege earned by the dedication each of you puts forth every day.  This year we got an extra bonus with Dave Comi Sensei leading us in class on Monday night, giving us a look into the unique perspective of one who feels Sensei's ki more than most. These intensive periods of study reinvigorate us and our practice and the coincident results of our test candidates are a visible sign of our progress as a martial arts community.  Ours is an art that cannot be practiced in isolation.  It relies on the partnership of people who will truly test our skill with neither malice nor apology but with a grin.  We grow together.

With that, please join me in congratulating:

We have a busy week ahead of us at the dojo…

Posted by Marcella Sarkozy, Instructor at 1:18 PM No comments: 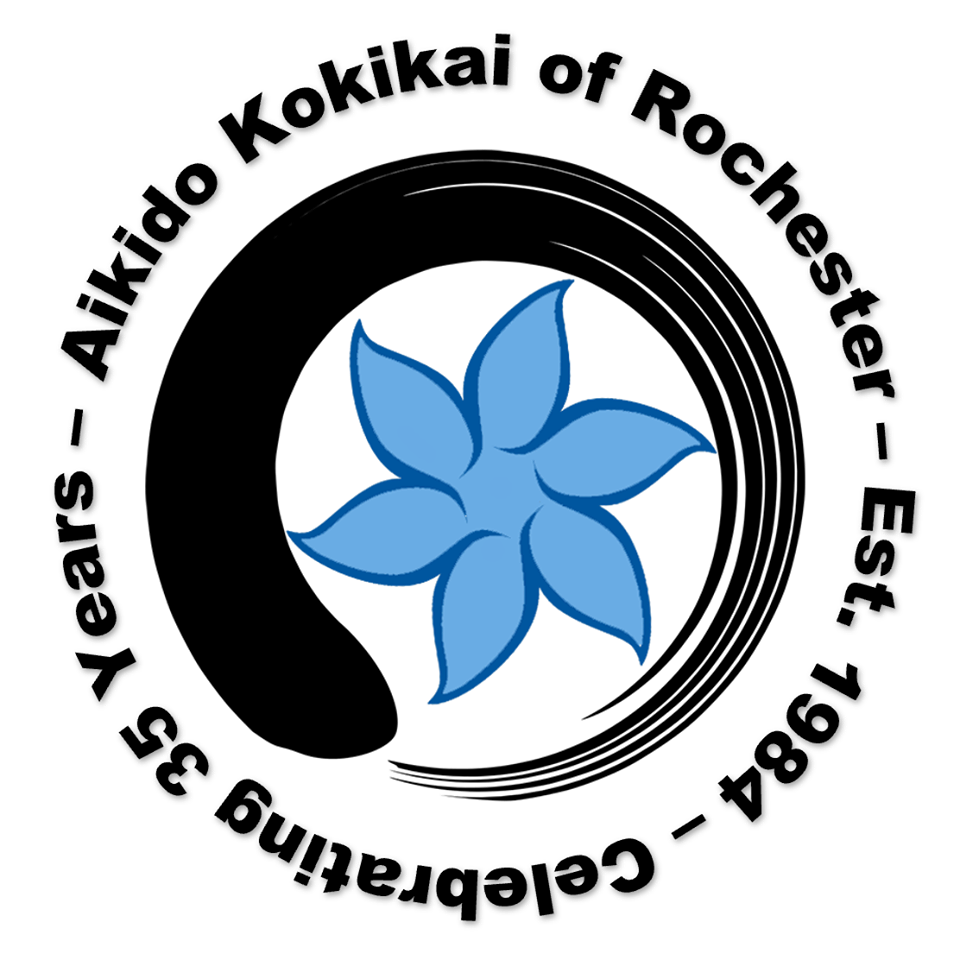 Classes
Temporary Suspended as a Precaution per COVID-19 Social Distancing Guidance
(Through end of July? 2020)
Contact us for an invite to our Thursday Evening On-Line Classes. 6:30-7:30pm
Beginners are Always Welcome!
Have a Question?
Call us at: (585) 325-9160
Email us at aikidoroc@gmail.com
Ready to Visit?
Directions to
250 Cumberland St
Rochester, NY 14605-2803